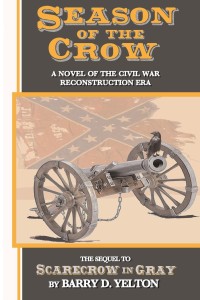 A former Confederate Captain declares himself a Colonel and forms a “vigilance committee” composed of a band of murderous former soldiers and local criminals. They terrorize, rape and kill black people in a quiet corner of western North Carolina. Meanwhile a humble family of ex-slaves begins a treacherous journey fleeing persecution and violence in Charleston to find Francis Yelton, an ex-Confederate they believe will help them find a home free from the hate and violence of the plantation country.

Francis comes home but he and his comrades soon determine to return to Virginia to bring back the body of a fallen comrade. They endure a dangerous journey only to come home to a virtual cauldron of violence and fear. Once again they take up arms, but this time they are not fighting the Yankees. This war is with an enemy that seems as ethereal as a ghost but as deadly as any they faced with Lee’s army in Virginia.